If you all enjoy my videos, please subscribe to my channel!
Posted by Victoria at 3:21 AM No comments:

Check out my newest vlog where I talk about the THORsday Marathon I attended and review the newest Thor movie, THOR: The Dark World.

If you all enjoy my videos, please subscribe to my channel!
Posted by Victoria at 12:59 AM No comments: 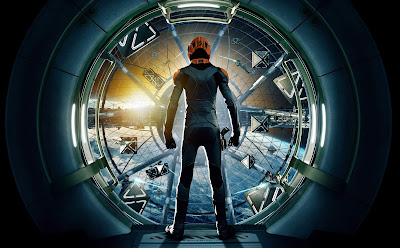 Reviewer's Introduction: I am taking a film and literature class at Biola University - if your school offers the class, I highly recommend that you take it! One of our assignments was to write a movie review on a 2013 film. I went to a special screening of Ender's Game last week, and chose to write a review on that film, thus the purpose of this article! You can check out the original post at The Reel Deal which is our class blog of Christian students reviewing contemporary cinema - it is quite an amazing concept. Without further ado, I give you my thoughts, and the thoughts of other fans, a quick review of ENDER'S GAME! 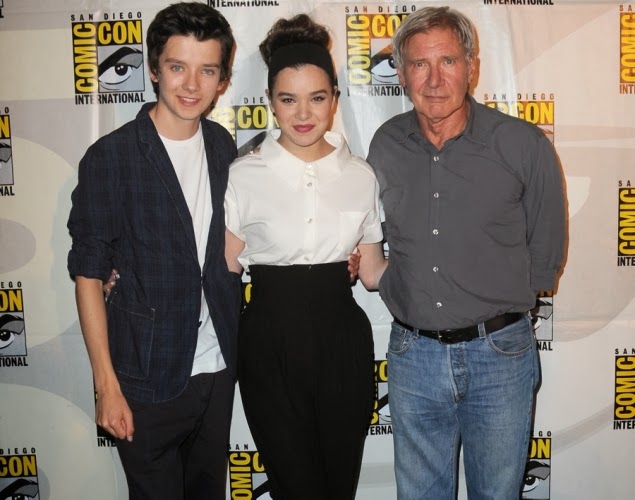 Synopsis: Based on a military science fiction novel by Orson Scott Card, Asa Butterfield stars as the perfect young recruit whom the International Military has been searching for. Between a brother who shows too much brutality, and a sister who shows too much emotion, Ender Wiggin is the perfect balance, and in having one of the smartest minds, may be the last hope for the human race against an impending alien attack.

Reviewer's Rating: 4 out of 5 stars

“In the moment when I truly understand my enemy, understand him well enough to defeat him, then in that very moment I also love him” –Ender’s Game.

Gavin Hood is not new to bringing the world of science fiction to the big screen. Having directed X-Men Origins: Wolverine, and working on Stargate SG-1, Hood takes the genre to a whole new level in his adaptation of Ender’s Game, with crazy stunts and amazing computer-generated imagery (CGI).

A bug-like alien race has attacked future Earth, devastating the human race. For fifty years Earth has been searching for the perfect soldier to lead a counter attack against the alien race. War strategies and battle school are the way of life, and only the brightest and fiercest are accepted. Ender Wiggin, played by Asa Butterfield, comes in fifty years after the first attack on Earth. He is one of the youngest, smallest, and smartest to quickly climb the ranks in battle school. 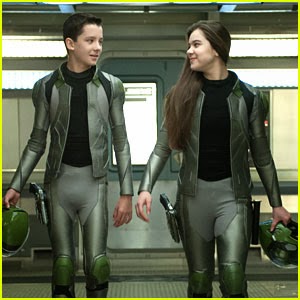 Asa Butterfield is brilliant in the role, revealing the very depth of Ender’s soul with his piercing blue eyes and subtle facial expressions through triumph, victory, defeat, and heartbreak. Petra Arkanian, the strong female lead played by Hailee Steinfeld, is the toughest girl in battle school. She befriends Ender and gives him pointers that help him to quickly excel in the training room. Although this is not a love story, the two romantic leads have incredible chemistry.

The only downside to Ender’s Game is the predictable underdog storyline. It is no spoiler that this young boy set out to save humanity will do just that, it is his journey along the way that makes this mundane plot so captivating and original—that and the story taking place in a futuristic Earth and space travel. The special effects in this film are magnificent and only add to the ambience of the film as a whole.

Ender’s Game, just shy of two hours in length is a must see. This PG-13 film is jam packed with action. It's both a physical and psychological drama that explores the age-old battle between good and evil. Ender's Game is a GO!

Let's just say it is opening weekend of the film and I have already seen it twice!

"Ender's Game was a great movie! I was really surprised by it. It has a great twist. I recommend it to everyone!" -@storyofmylouisx

"Ender's Game is action packed, filled with suspense and plot twists. The acting by Asa Butterfield is great. The computer graphics are superb, and rival Avatar's." -@FanGrlBFProblems 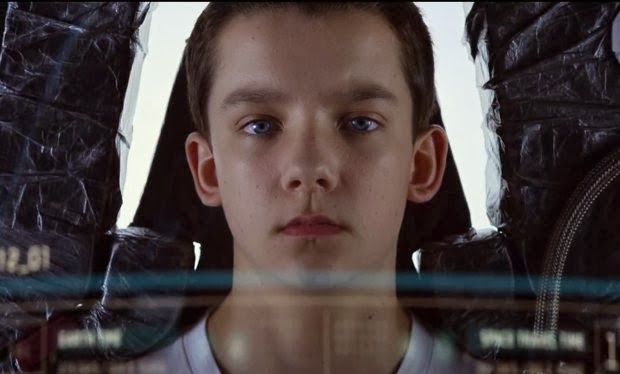 "I enjoyed Ender's Game very much. Based on the previews, I didn't have high hopes for anything beyond an alien invasion that vaguely involved video games. I was pleasantly surprised with a smart, well-acted movie, and impressive special effects. Although the plot may have been a little thin, it wasn't enough to bother me." -Linda Kaniasty of Sweet Pea Academy

"Ender's Game was fantastic! True to the book, characters were flawless, and it was done at the right time - the special effects were tops! Go. See. It! -@CoShadowhunters

Posted by Unknown at 9:00 AM No comments:

As a big fan of all things vampire I have also become very critical of many vampire films that I have seen. Now, when I heard that there was a new vampire film coming out starring the incredibly talented Tom Hiddleston alongside Tilda Swinton I knew it would probably be great. After seeing the first trailer and a couple of clips I feel it is going to be one of those really intense and different vampire films that we honestly do not get much anymore. Add to the fact that the supporting cast consists of the amazing Mia Wasikowska, Anton Yelchin, and John Hurt...I think it will be a winner. Do not let me decide for you all though. Check out the trailer, clips, and photos below to make your own judgements.

PLOT SUMMARY
Set against the romantic desolation of Detroit and Tangiers, an underground musician, deeply depressed by the direction of human activities, reunites with his resilient and enigmatic lover. Their love story has already endured several centuries at least, but their debauched idyll is soon disrupted by her wild and uncontrollable younger sister. Can these wise but fragile outsiders continue to survive as the modern world collapses around them?

DIRECTED AND WRITTEN BY
Jim Jarmusch

Posted by Victoria at 9:57 PM No comments: 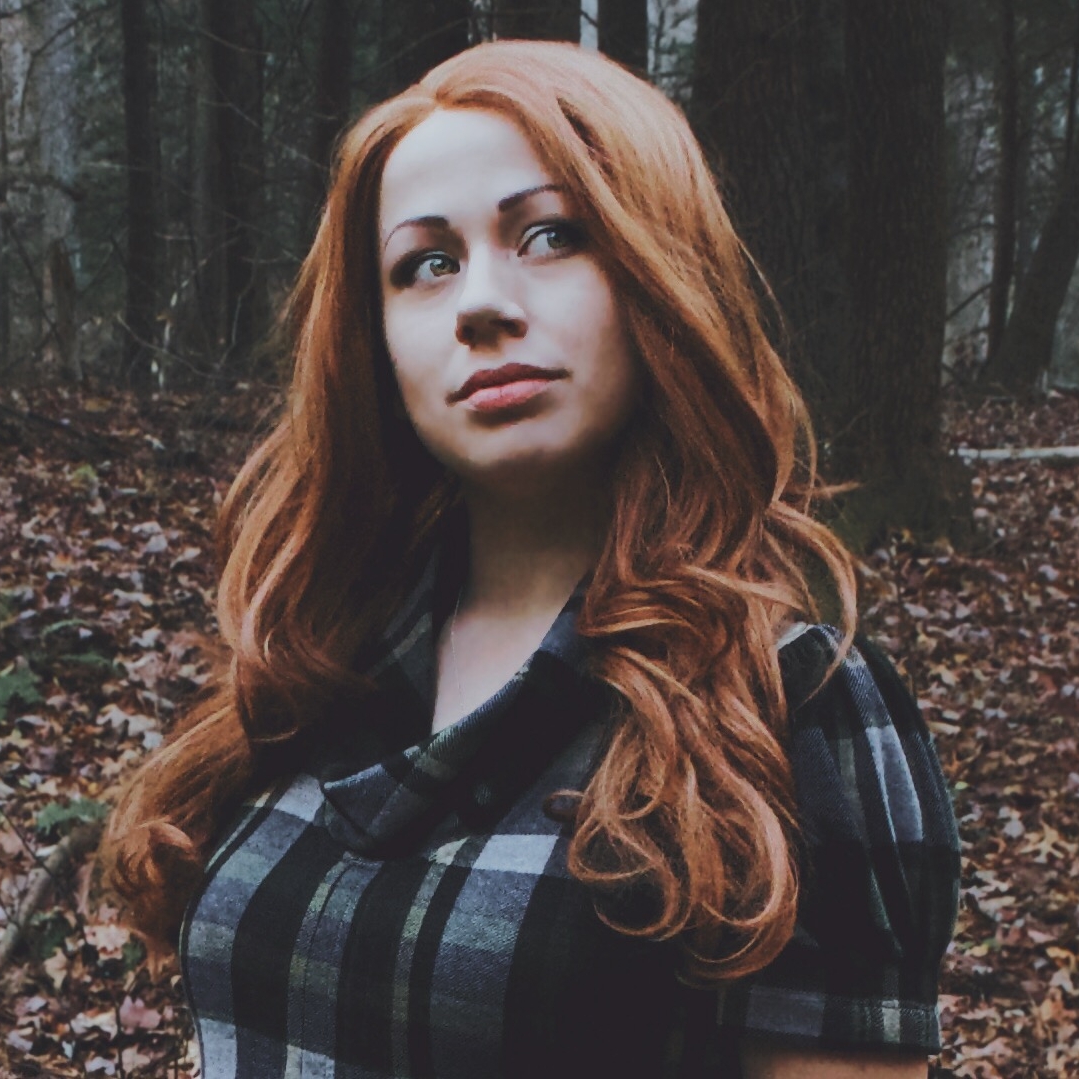